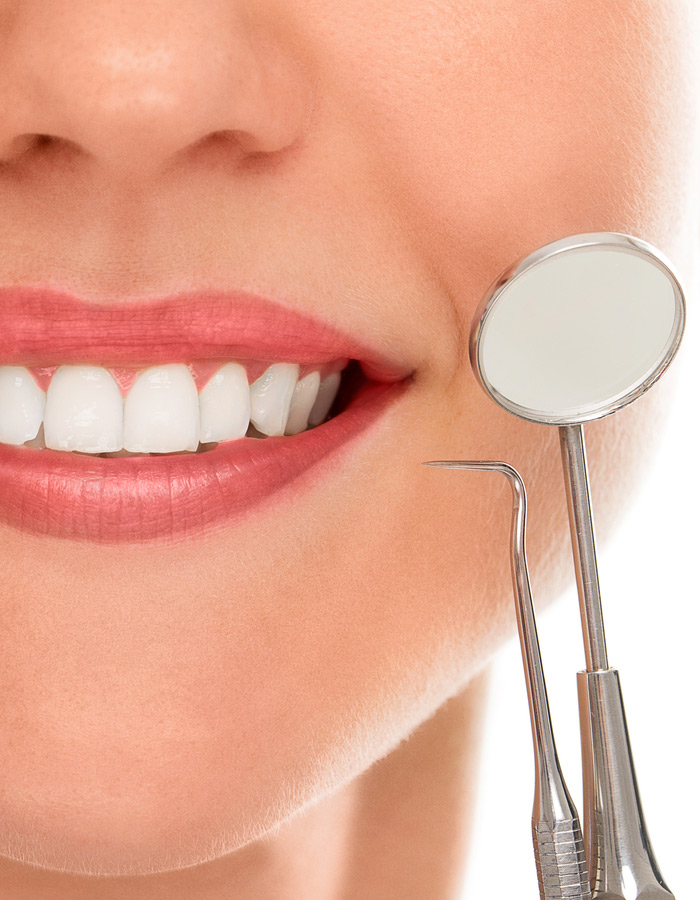 The aim of Esthetic Dentistry is to provide beauty which provides happiness. A happy smile is produced by healthy beauty, Healthy beauty consists of harmony of morphological and functional beauty.

Total wellbeing is the approach taken by aesthetic dentistry. Advances in material science has improved the treatment provided, such as metal free ceramic crowns. Improvements in adhesive Dentistry helped in creating ceramic veneers which can be bounded to tooth.

Advances in technique and materials matched by the increased awareness of the individuals helped in providing better results for the patients in the way of god health, than nearly improving the appearance of the individual

Geriatric Dentistry is the branch of dentistry which deals with old age patients and their dental problems when an individual ages, problems such as hearing, touch, smell, taste and even vision diminishes with age.

These all physical aging problems can affect the dental care carried out by the patients, which can affect the quality of dental care he a she carries out. Along with this, the intake of various medicines for chronic health problems, can further increase the chances of xerostomia, which can aggravate the periodontal problems of the tooth’s supporting structures and root caries seen in geriatric patients.

Such individuals should have an oral prophylaxis done once in six months by a Dentist, use of oral irrigators daily at night time before brushing, use of fluoride mouth rinses which can improve the re-mineralisation of the tooth to a small extend.

Even carrying out root canal treatment in geriatric individuals is a difficult task due to obliteration of root canal spare and presence of pulp stones.

As we look into future, we se more partially edentulous patients due to the improvements in the dental care offered to Geriatric individuals by the way of oral prophylaxis, periodontal therapy and who require partial replacement of tooth than full replacement of tooth., and even in certain situations we need FULL MOUTH REHABLITATIONS

Individuals consider loss of tooth as a strong incentive for seeking dental treatment for the replacement of tooth because of socially unacceptable appearance.

Prosthodontics is that branch of Dentistry which deals with replacement of tooth in fully edentulous, partially edentulous situation, as well as protection of partially mutilated tooth, by fracture, or an root canal done tooth to prevent from further fracture by a dental crown.

Loss of single tooth or multiple tooth due to dental caries trauma or even periodontal problems, can be treated by fixed Prosthodontics

Fixed Prosthodontics (dental bridge) is the art of science of restoring damaged teeth with cast or porcelain restorations and replacing missing tooth with fixed or cemented Prosthesis.

A mouth without tooth is like a mill without stare and tooth should be move valued than a diamond.

Early history of root canal treatment was discovered in the shall of a Nabatean warrior where a metal wire was placed in the tooth, to prevent the burrowing of warms into the tooth and further cause dental pain.

Moving to the modem period of Endodontics Dr. Louis I. Grossman dean of American Endodontics and/French Dentist Pierre Fauchard had disputed the tooth warm legend and was recommending the removed of discussed pulp from the root canal space.

Period from (1826-1876) was marked by the introduction of gutta percha, root canal points and barbed broaches. The period from (1876-1926) was highlighted by the development of x-ray, the advent of local ansthetics and the acceptance of antisepsis as part of Endodontic therapy.

The period from (1926-1976) saw the introduction of new methods into Endodontics. Calcium hydroxide made its appearance, as well as EDTA (Ethylene di-amine Tetra Acetic Acid).

Every tooth from central incisor to third molars are an ideal candidate for root canal treatment. It is easy to extract a tooth, but endodontics provides an opportunity to save the tooth. The concept of retaining any tooth is decided on certain factors like masticatory forceses and the alveolar support of the tooth in picture.

Even endodontically treated tooth is retained as overdentares which provides additional retention of the denture. A root canal done tooth with reinforcing crown is better than a replacement bridge or a removable partial denture.
Modern Dentistry incorporates endodontics as an integral part of restorative and prosthetic dentistry any tooth with pulp involvement with adequate periodontal support is an ideal candidate for root canal treatment. occasionally intentional root canal treatment is carried out in situations of supra-erupted tooth or titled tooth and which are used as abutments for dental bridge and which an tooth reduction can result in pulp exposure.

Factors to be taken into root canal treatment

While in older individuals, there is no contra indication for root canal treatment but physical health altering conditions like any medical problems should be looked into before deciding to start any dental treatment.

Tooth with peri -apical leshions is not an ideal tooth for single visit root canal treatment. Since flare up is a common in such tooth.

If the treatment of any disease once the causative factor is removed, the wound heals itself while in root canal treatment pulp is the infected tissue, and proper debridement of the canal space can result in the healing of the leshion if the leshion is a result of an pulpal problem which is dental caries.

While improper debridement, especially of the apical third results in root canal resorting in failure after a span of few years.

A German Dentist Leonard Kouker described the inflammatory changes on the gums and the presence of calculas on teeth leading to exfoliation of teeth. He mentioned the removel of calculus and the need for oral hygiene after every meal using brush and astringent powder.

Gingiva is that part of oval mucosa that covers the alveolar processes of the jaws and that surrounds the neck of the tooth. The gingival sulcus is a narrow crevice which is bounded by tooth in one side and the epithelial lining of the sulcus on the other side. Healthy sulcus is from 1.8mm depth with a variation of 0.6mm; a sharp periodontal probe is used to measure the depth.

Periodontal disease can be divided into two major divisions, gingival disease which involves the disease of the gums only.

Gingival inflammation called as gingivitis can be due to other problems also, but if dental calculus is the causitive factor for inflammation removel of dental plaque will make the gingival tissue to return to normal. But if gingival inflammation has progressed to the bone and supporting fibres which has led to the increase in pocket depth and mobility of the tooth. In such a situation gum surgery is the treatment, which has to be carried out.

The main causative factor for gingival inflammation is calculus can be prevented to a certain extend by proper brushing at night time, and regular flossing.

Gingival inflammation is just an initial sign, of gum problems or any gum disease, but if calculus is the causative factor removel of it will promote the healing of gum tissue, but the actual causative factor should be found out to treat any gingival problem.

Disease of the periodontium occurs in childhood, adolescence and early adulthood, but the prevalence of disease increases with age with aging the changes in gingiva include reduced keratinisation, reduced or unchanged amount of stippling, increased width of attached gingva, with constant location of muco gingival junction throughout adult hood, decreased connective tissue cellularity, greater inter cellular substance and reduced oxygen consumption.

In the periodontium greater number of elastic fibers, reduction in vascularity, mitotic activity, fibroplasia of collagen fibres and increased arterio sclerotic changes. Reduction and increase in which of periodontal fibers has been noted. Reduction in width due to less activity of mastication. Increase in width is due to less number of tooth to bear the masticatory load.

Even though there are various treatment modalities for gingival and periodontal inflammation, preservation of periodontal health requires a positive maintanence care, from proper brushing technique to inter-dental cleaning brushes to proper recall visit.

Orthodontics is much more than a cosmetic field in dentistry today. It stands an three pillars of Dental treatment, prevention, diagnosis and treatment.

The name of the speciality orthodontics comes from the Greek wards orthos meaning right or correct dans meaning tooth.

In 1907 Angle stated that the objective of orthodontics is the correction of mal-occlusion of teeth.

In 1911 Noyes defined orthodontics’ as the study of the relation of the teeth to the development of face and the correction of arrested and perverted development.

In broad field orthodontics can be divided into three fields PreventiVE Interceptive and Corrective Orthodontics.

It is the field which deals with maintaining the occlusion which is normal at that time period of age, and thus preventing the appearances of malocclusion.

Preventive orthodontics include restoration of caries of deciduous tooth, which can cause loss of arch length, especially deciduous second molar which can cause mesial migration of 1st permanent molar. Placing space maintainers for early loss f carious tooth. Habbit breaking appliances for the prevention of unwanted habbits such as thumb sucking and tongue thrusting interfering with development of jaws and face.

It is the branch of Dentistry which deals with the prevention of an abnormal development or prevention of malocculsion by means of selective treatment such as serial extraction.

Dentistry for kids is one of the most neglected of the dental services provided to the children. Inadequate or unsatisfactory treatment provided can damage the whole masticatory apparatus of the child.

Dentist should be aware that when dealing with a child, he or she should know that, they are dealing with a rapidly changing structure and the growth pattern can be altered by the Dentist, such a way that an ideal aesthetic and functional need has been given to him or her.

Dentistry for kids should include

By using habit breaking appliance, with regard to certain habits such as tongue thrusting, thumb sucking which can affects the shape of the jaws especially maxillary arch.

Importance of retaining deciduous tooth in oral cavity which improves the masticatory efficiency of the child, as well as a role in space maintainers and guide for the permanent tooth to erupt into the oval cavity.

The indications for Operative dentistry can be divided into treatment need for caries, malformed and discoloured tooth, management of factures tooth and correction of fractured restorations.

The earlier concept of conservative dentistry was extension for prevention, improvements in material science, which led to the era of composites (tooth coloured filling material) which led to the reduction in the need for healthy tooth preparation for various decay filling materials.
Even changes happened in the way treatments where carried out for diastema closure (Space closure) correction of malformed teeth discoloured tooth, fractured incisal area of tooth.

The basic aim of Conservative Dentistry is preserve as much tooth as possible, with less trauma to pulp and the surrounding soft tissue.

Dental implants has become widely accepted method of replacing missing tooth with good success rate There are two approaches for placing a dental implant, in are approach, the single. Stage implant where the abutment of the implant is placed above the level alveolar west.

While the second approach places implant at the level of the alveolar west and later followed by the abutment and our crown.

Eventually the success of the dental implant depends on the proper case selection, proper surgical placement and proper post placement care and maintenance by the individual.